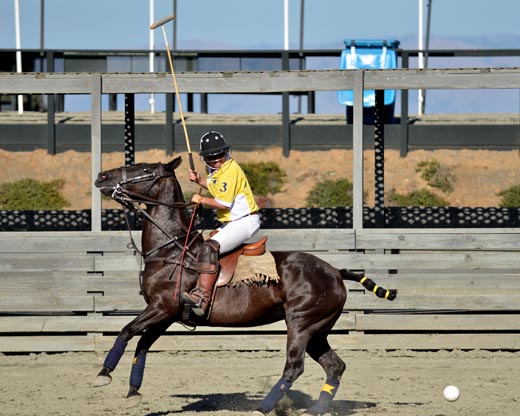 I made a series of photos at an Arena Polo competition held at Horse Park in Woodside California. In many ways, the photos were what I expected, given the lighting conditions and the vantage points that were available to me.
My editor was pleased with the day's take, and asked the question, "What was the film speed?" She knows that film sensativity has a digital counterpart and that there is a relationship between a high ISO setting and correspondingly short exposure times. The data from this photo, recovered using Opanda, indicated my zoom lens was set to a focal length of 200mm. I normally shoot in Aperture Priority mode with an outdoor EV correction of - 1/3 stop. I had set the ISO to 400, while the shutter speed chosen by the camera was 1/8000 at my selected aperture of f 3.5.
A shooting aperture of f 3.5: What manner of magic is this?
For starters, the photo wasn't made with a lens that you'd normally find at a big-box electronics store. And the lens definitely didn't come with the camera body when I bought it. In short, it wasn't a kit lens.
Variable Aperture Zoom Lenses: I am sure that the first lens that you mounted on your digital SLR was a "kit" lens. These are inexpensive but often surprisingly sharp lens designed to meet a price point consistent with your new camera body. They are usually sold as a package, or "kit", with the body. Because of the lower price point, they are designed to be inexpensive to manufacture. And while they can be quite sharp when stopped down, they are usually "slow" lenses, having optical elements that are relatively small in diameter. Another compromise is what I call the "variable aperture syndrome". This means that the maximum f-stop decreases when the focal length increases.
Try this experiment:

As you rotate the Zoom Ring, you will notice that the your original 3.5 aperture will re-set to smaller maximum aperture settings. Taking the typical 18-55mm Nikkor AF-S G series kit lens, you should see the following apertures at the following focal lengths:
A similarly priced lens, the  55-200 AF-S G lens has similar numbers:
I jumped over some of the intermediate focal lengths, but I think you get the idea.


This exercise is to point out that when  you need a longer focal length to "reach out and touch" a distant subject, nearly all zoom lenses will get incrementally "slower". In the first example, the lens' effective f-stop value of 5.6 at the 50mm setting now requires 1 2/3 more light when shooting wide open than it did at 18mm. In the 55-200, the loss is one stop when going from f 4.0 to f 5.6. Another shortcoming is the decreased light through-put which makes your focusing brackets that much less sensitive. It's all bad.
Prime Lenses, Fast and Cheap: In an earlier post I referred to two non-zoom lenses (called fixed focal length, or prime, lenses) that, by comparison, allowed much more light to pass through. These would be the 35mm 1.8 and the 50 1.8 lenses, each costing a little more than  $200.00 to own. If you plan on doing much low-light work, consider buying, or renting, one of these lenses. However, if you only have prime lenses and decide that need a different focal length of your lens, expect some delays while you change lenses.

Nikon still manufactures prime lenses for lens "purists" and those photographers who need ultra high speed lenses. Be warned, when you venture beyond the so-called "normal" lenses, the prices can be astronomical.


Fixed Aperture Zooms: For rapidly changing situations, the zooms definitely give you an edge. As the action moves to and fro, you can zoom in and out to optimize your framing and composition. But the variable aperture lenses will reduce your maximum aperture as you zoom in for a close-up. You can get around this by considering a fixed aperture zoom lens. Another shot, 1/3200 @ f 4.0, can be seen here. It appeared in the August 22 edition of the San Mateo Daily Journal. Click here to read the original article. 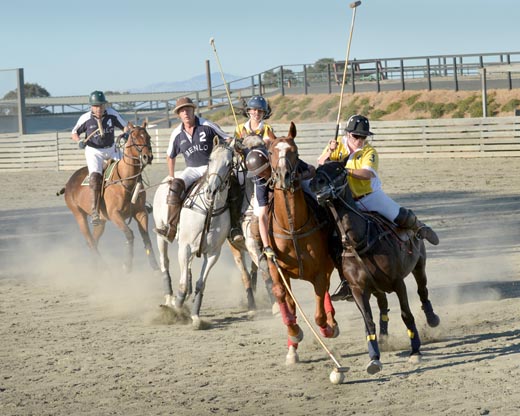 Both Canon and Nikon have set the standards for fixed aperture zooms. For the most part, the "sweet spot" for these lenses is a consistent maximum aperture of 2.8, with a focal length range of from 70 to 200mm. This combination of maximum fixed aperture and focal length range has been a "must have" for working photographers for many years. The big advantage of the 2.8 lenses at the long focal lengths is the relatively large amount of light available for the auto-focusing sensors. The more light that is available, the more responsive the focusing system.
While I was using a Nikkor on this assignment, I could have just as easily used a Tamron 70-200, and lens that I also own and have found to be a great performer. While it lacks the Nikon's Vibration Reduction and AF-S internal focusing, the Tamron performs well, especially after it is stopped down a bit. It is also reasonably priced, and therefore a viable candidate if you are looking for a longer lens. Remember that if you buy any lens that is NOT AF-S, you will be stuck focusing manually if you have a D40, D60, or a D5000/D3000 variant.
Posted by Tom Jung Photography at 12:10 AM No comments: Links to this post