Land Of One Thousand Santas 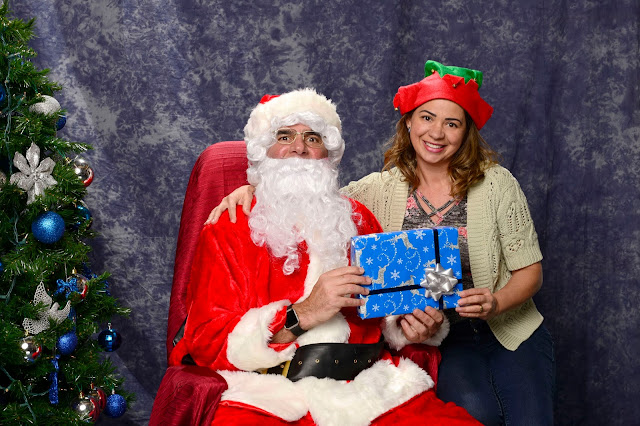 290 Santas, Actually. This year, the Santa Scene was different. In the past, only raffle winners were photographed with Santa. This usually meant the number of shots was limited to about 20, plus those who came by to get a selfie shot at the end of the session. But this year, any student wishing a photo could get one, so long as they came when their classroom was scheduled. The increased volume of subjects presented new challenges, and new procedures, just to keep the line moving. 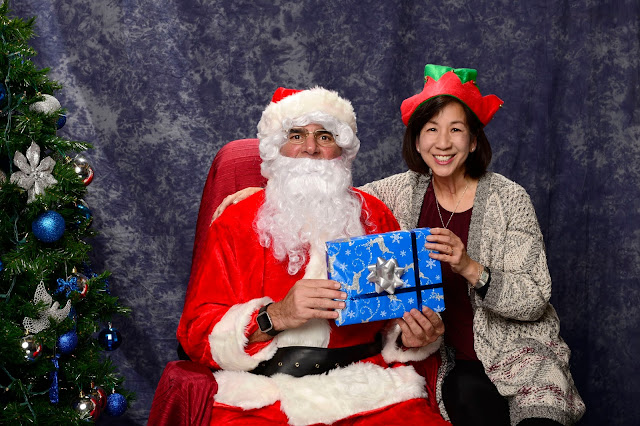 Nerd Stuff: The Equipment was pretty much my go to setup: 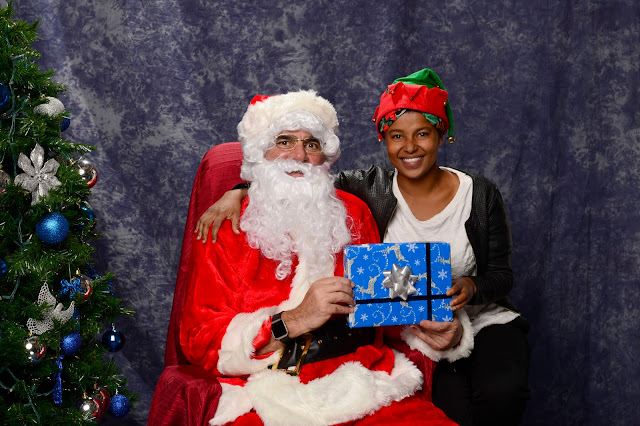 Catchlights: You can see that the huge umbrella gives a huge, non-specular highlight when used at relatively short distances. This is particularly important when working with a wide variety of complexions, as I did here. And it gives you catchlights you can see from Colma. 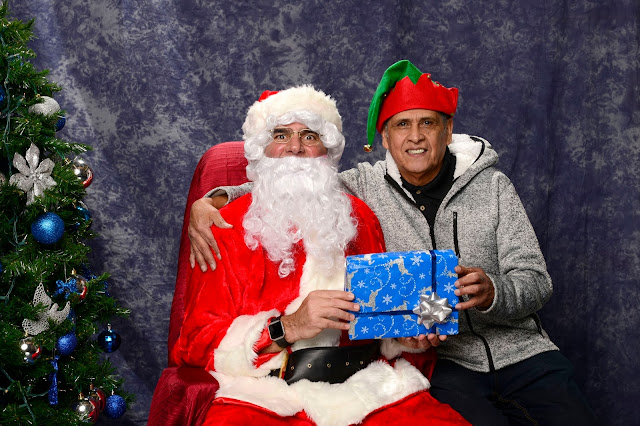 What's New? Because of the volume, I needed to make these photos as quickly as possible. My subjects were seated on an adjustable posing stool set to the approximate height of Santa's lap. Because it had wheels, it tended to wander whenever my subject approached it from an angle. To solve this, and some other posing problems, I had an assistant do the following: 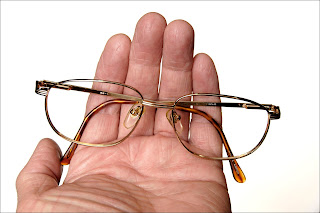 Glasses: I had a Morning Santa and an Evening Santa, and neither of them wore glasses. I let them wear my special "glassless glasses", a pair of frames from which the lenses had been removed. If I did this more often I might try to find some "granny" frames, but for the day I used the pair I kept on hand for photographing my boss. I reasoned that with so many photos being made, one less worry was a welcomed subtraction.

Glare: On eliminating glare, David Hobby tells a wonderful story about a photographer in China who as a box of 40 pairs of glasses frames minus the lenses.  When he gets ready to shoot a large group, he asks everyone to pocket their own specs and choose a pair of frames from the box. To quote Mr. Hobby: "That's a line you want to be in the front of." 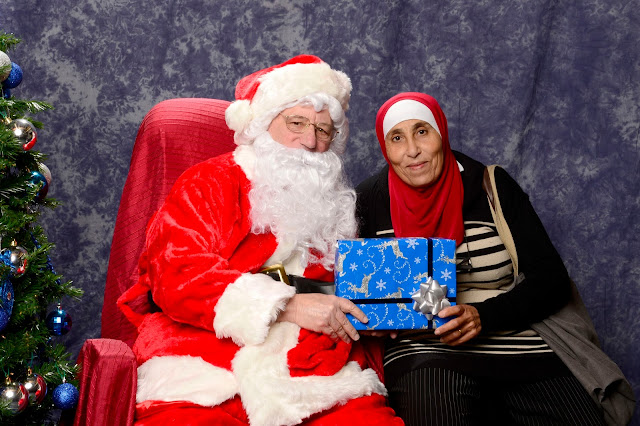 Special Circumstances: Working in a multi-cultural environment, there are bound to be differences between how physical contact between people is viewed. Obviously, anybody who showed any hesitation about touching a stranger wasn't going to be forced into doing so. It was my belief that if all hands were visible there wouldn't be any questions about what was going on. 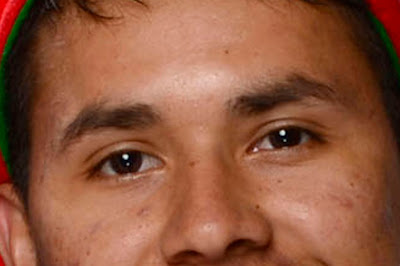 Work Flow: With this many photos, editing becomes a major chore. Even if I stay within my personal goal of five minutes per photo, it means that 1,450 minutes would be devoted to my normal retouches unless I did something to streamline the process. Added to this was the second catchlight created by my fill light. Editing them all out would create a lot of additional work, and after stumbling over the first few images, I settled on the following sequence of edits that included the catchlight edit. 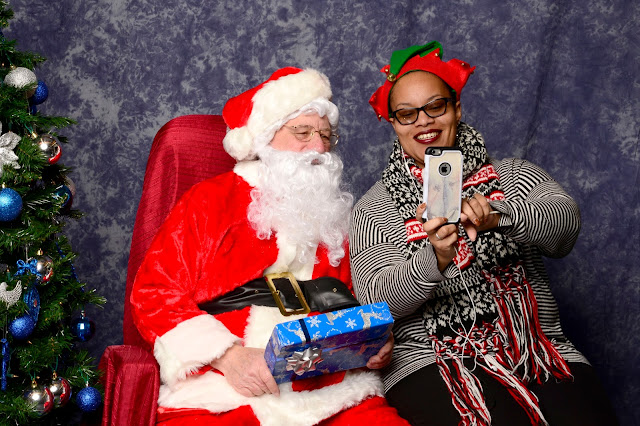 Cell Phones: Frankly, cell phone selfies slow down the process. But I changed my mind when I realized that these selfies could be sent to friends and family immediately, while my images, while technically superior, wouldn't be available ditgitally for several days, or several weeks in print form. In spite of what I might choose to think, a selfie delivered in a timely fashion might be far more valuable to a family thousands of miles away that a technically superior image that wasn't available immediately. Quality should justify the wait, but for a photo of a loved one sitting next to Santa, this may not be true. 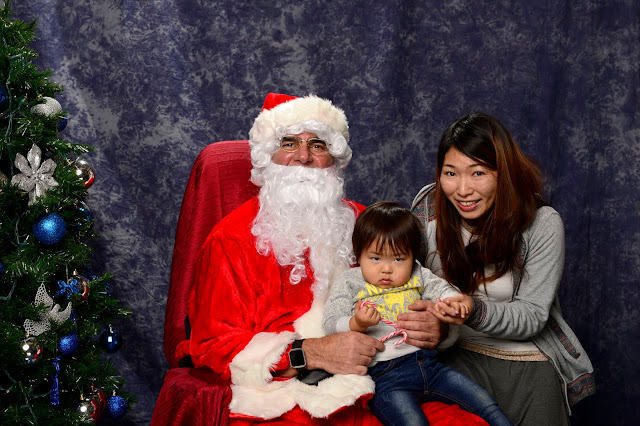 Groups: I got several requests for groups, and my standard answer was "Come back at XX:XX pm."  There just isn't enough time to rearrange the set, and "come back later" is not the same as saying "No".
This Santa Session was probably my best yet, allowing me to hone my technical skills to the point where I might seek employment as a Mall Photographer.
Posted by Tom Jung Photography at 12:10 PM No comments: Links to this post