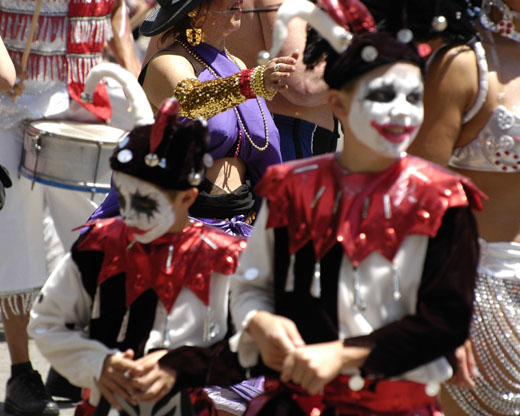 Here's a photo, taken at Carnaval in San Francisco, that should be consigned to the Recycle Bin. It could have been a great shot, if it wasn't so "blurry". But if you look closely, you can see that some parts of the image are quite sharp. 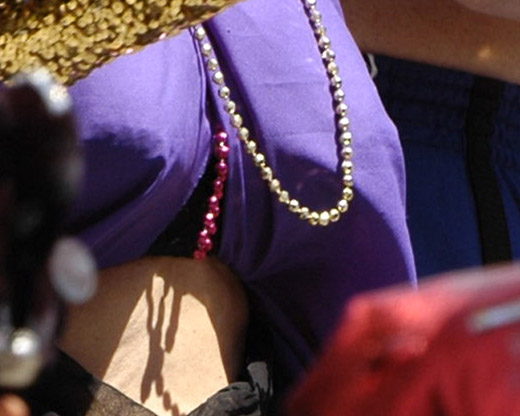 On closer examination, we find that there is a Plane of Focus where the details are sharply rendered, Unfortunately, it is position about four feet behind my two intended subjects. The image failure was due to improper focus, not a lack of depth of field.

Focusing Brackets: In the viewfinder of a typical DSLR you will see pairs of Focusing Brackets. The number will vary from three (Nikon D40) to 51 (Nikon D4). Individual pairs of brackets can be selected, giving the user to options to determine exactly where the plane of focus will be. Additionally, you can select which pair of brackets will be active, which greatly increases our control over the situation.

I typically opt to use the central pair of brackets, and shoot in the Single Servo mode. I choose the central pair because they are the most sensitive to variations in contrast, and are therefore the best choice for critical focusing. This means that when the shutter release is partially depressed, the lens will sample the scene, near to far, until sharp contrast is obtained within the selected brackets. Once this optimal contrast is determined, the camera locks in the lens at this point of critical focus. When the shutter release is pressed all the way and released, the camera records the image. 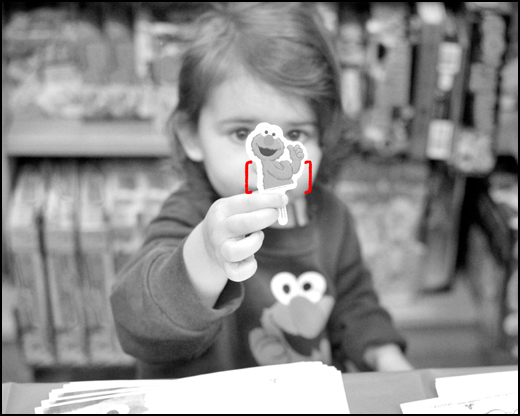 In this simulated look through the viewfinder, you can see the Focusing Brackets positioned on the Elmo hand puppet, which happens to be in the center of this composition. Because of Elmo's position was centered in the frame. I was able to simple depress the shutter release until the exposure was made. 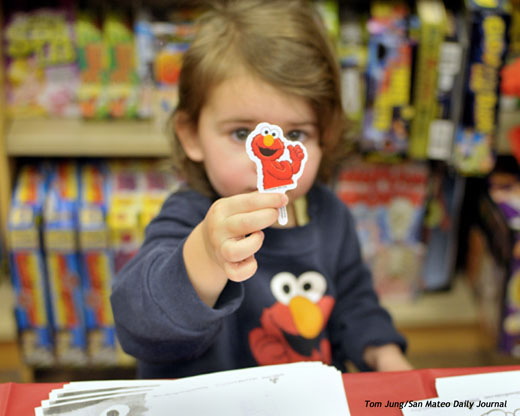 Off Center Point Of Interest: The blind "compose and shoot" worked for the Elmo image, but what if the center of interest in not centered? This next example illustrates that very point. 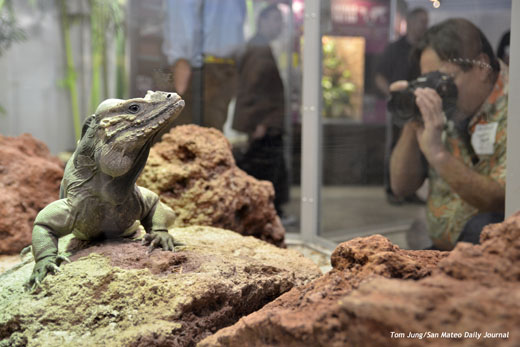 If you examine the image, you'll see that the physical center is located beyond the glass walls of this terrarium. The solution would be to: 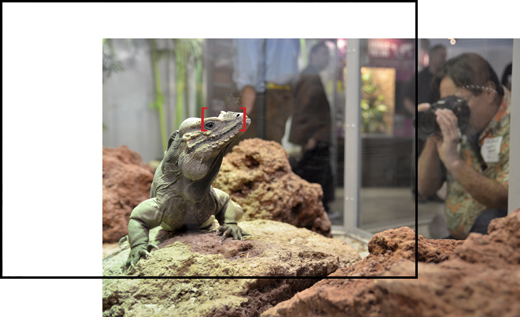 This is a simulation (rough) of the re-framing sequence in Bullets #1 and #2. When you return to your original composition, you will see that the focusing brackets are no longer on the center of interest. Since you locked in the focus at Bullet #2, your focus will not shift, provided your camera is set to Single Servo as I suggested earlier. At the moment the shot was taken (Bullet #3), the viewfinder probably looked something like this: 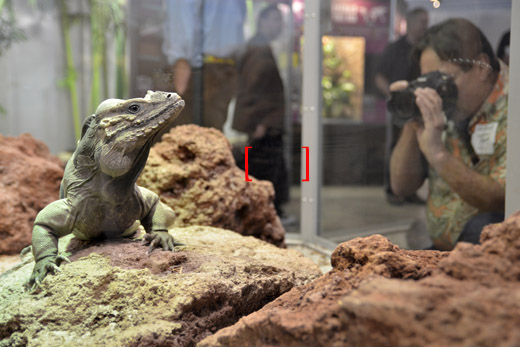 This works for single shots, so the sequence (Bullets #1 through #4) must be repeated for each subsequent shot. Or does it?

AE-Lock, AF-Lock: Nikon DSLR cameras have a button conveniently located to the right of the eyepiece that is user-programmable and marked, "AE-L AF-L". (Click here for a detailed description). To address this problem, there are two settings that might be of interest:

I personally prefer to leave mine set to AF Lock Only. I usually leave the camera set to Single Servo so that focus is taken, then immediately locked, so I can re-frame the image any way I choose.  In actual use, I would perform bullets #1 and #2, and once focus is locked I immediately hold down the AE-L/AF-L button. So long as my subject doesn't move, all of my subsequent images will be in focus, so long as I keep the button pressed.
Posted by Tom Jung Photography at 12:10 PM No comments: