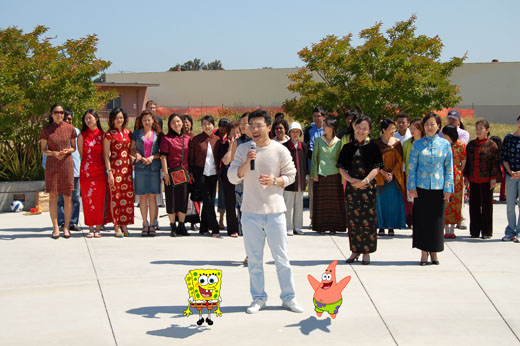 The Dilemma: There have been volumes written about Photoshop's impact on the credibility of our digital images. Certainly, Photoshop has been loads of fun to play with, and can produce some amusing results as seen in this assignment I gave in one of my classes.

In are recent post, David Hobby reminisced about some of the many techniques photographers used during the pre-digital days to tweak their exposures under adverse conditions. For me, there is one paragraph that was particularly meaningful, and I quote:

"... the limitations of this physical darkroom process is also what set our ethical limits when Digital Photoshop arrived. If you could have done it with an enlarger (dodging, burning, tonal adjustments, etc.) it was ethical. If not (cloning out a Coke can on a table or a power line behind a head shot) it was not."

This reflected my own opinions concerning the line between an "enhanced" image and a "doctored" one. Mr. Hobby's Big Three Enhancements (Dodging, Burning, and Tonal Adjustments) are pretty self-explanatory, and in my mind are appropriate for insuring that significant detail is maintained in the highlight and shadow areas. 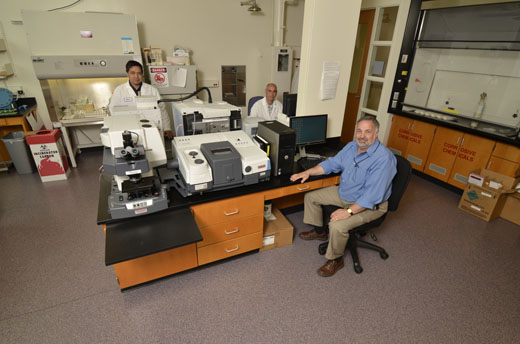 The Shot: This shot was taken at the San Mateo County Forensic Laboratory. My editor wanted a shot of the Laboratory Director, along with some staff members, taken in the lab. I wanted to provide a good sense of the lab environment with lots of high-tech detail. While this may not be as sexy as CSI Miami, this is the real deal, and these gentlemen are the scientific muscle behind law enforcement within the county. The details? Nikon D7000, ISO 200, Flash White Balance, and 2 SB-800s as Remotes shot through a Zumbrella at a height of 9 feet with a third shoe-mounted SB-800 serving as Commander. I was standing on an elevated platform, looking down. Exposure was 1/80 @ 5.6. The lens was a 11-17 Tokina, set to 13 mm. I normally crop much tighter, but decided to leave some space to correct the wide angle "stretch face" that was occurring near the corners. I purposely employed a loose crop so I'd have extra image space to work with. 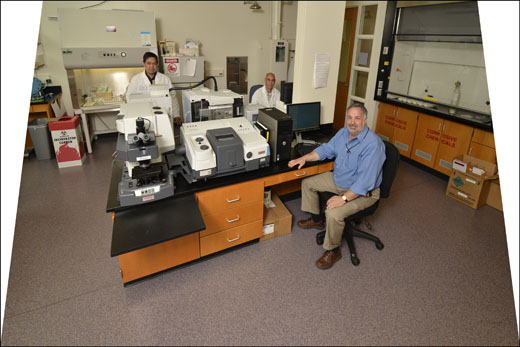 When using Perspective correction, you are going to lose some real estate in the corners. For those who are making these corrections, you'll want to cut your loses and keep as much of the image as possible (and assuming that that the image is level) Try this:
Your image will now be a perfect 8 X 10 with a minimal loss of surface. 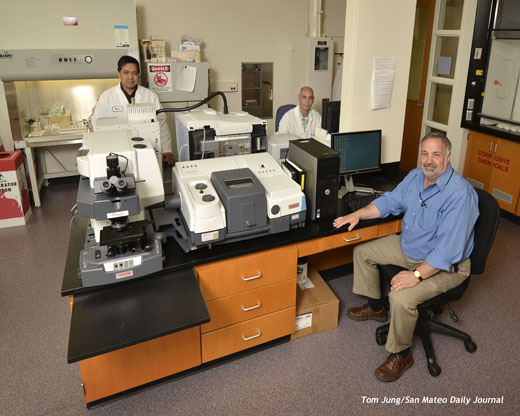 Some additional cropping was used to minimize the effect of those distracting boxes on the left and right sides. While the converging lines of the back wall are reasonably parallel, the table is still "strained" due to the oblique angle at which the photo was taken. Looking on the bright side, who wouldn't want to work in laboratory with rhomboid-shaped work islands?

Conclusion: I contend that this use of Photoshop is still within the boundaries Mr. Hobby described, since the same effect could have been achieved in a conventional darkroom by tilting the easel (the frame that holds the printing paper) before the exposure is made. Had I been printing an identical negative to this sample, I would have adjusted the easel so that the top edge of the image was closer to the enlarging lens than the bottom. If you were lucky, a smaller aperture setting on the enlarging lens would provide the depth of field necessary to render top-to-bottom sharpness. I remember at least one enlarger that had a tilting lens board for use when this very type of correction was required.

I hope this makes my case for using perspective adjustments for images that must be taken from angles where such visual distortions occur.
Posted by Tom Jung Photography at 12:10 PM No comments: