I'm Not Dead, But Two Of My Flashes Are 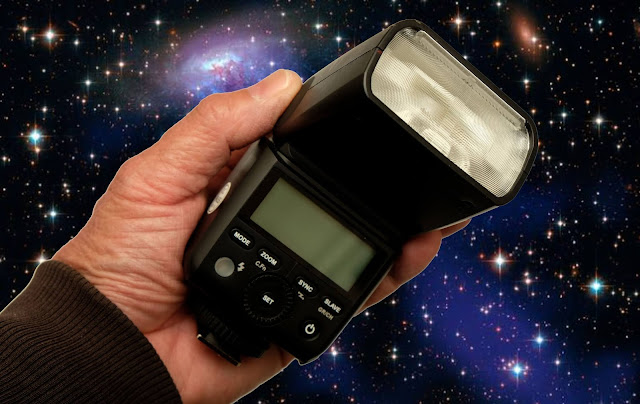 Happy New Year. I'm fighting a cold, and between sniffles, am looking for some distraction from the compulsory napping dictated by my need to recover. Photographically, 2020 has been a slow year, but with the Martin Luther King Day Essay Contest coming next week, I'll get ready to make a group photo of the winners, a ritual I've been performing since I started with the Journal.

I regret that two of my relatively new, post Nikon flashes have bit the dust. One was a Godox TT350, and the other was my older Lumo Pro 180. The former behaved erratically while on active duty as my emergency on-camera Fuji flash, while the latter bought the farm by falling from my dining room table to the floor. While the two flashes are at opposite ends of the cost spectrum (the  Godox as about $60.00, the Lumo Pro nearly three times as much), they are both products of a new business model where no provisions are made to actually repair a non-functioning unit.

Over the years, I've sent several Nikon speedlights back for repairs, and if memory serves me, the cost was about $130.00 to cure whatever ailed them. The cost was always less than one half the cost of replacement, and in the case of the SB-800, about one third. In the world that was "old school design", these units could be repaired when necessary, and the replacement parts would be available to insure a reasonably long life. Considering the prices charged for these premium speedlights and the manufacturer's reputation for quality, I had every right to expect they'll be durable and reliable.

However, the manufacturers of these two dead flashes have adopted a different approach. Rather than repair a malfunctioning unit, the distributor will simply exchange it for new one for a flat processing fee equivalent to the wholesale cost of the unit. With labor being as expensive as it is, it's just more efficient and less costly to minimize the time spent dealing with the issue. In the case of the Godox, the costs associated with shipping it to a distributor plus the suspected processing fee isn't that much less than just buying another one. The Lumo Pro is a different matter. I don't know how the dealer will address the issue, but with the advent of Godox lithium ion battery units (of which I own eight), a manual flash that relies on AA batteries just isn't worth repairing.

The Compromise: Today, I make it a point to carry two, if not three, flashes when I'm on assignment. Back in the day, when a single SB-800 with a Gary Fong Light Sphere was my primary lighting setup, I never gave a second thought to a field malfunction. All I needed was a second set of AA batteries, and I was good to go.

Now,  with multiple flashes in my bag, I have upped my lighting game considerably, but in the end, I'm carrying a primary light plus one or two backups. Sure, the built-in radio triggers of the Godox units really simplify the creative lighting process, but when all is said and done, I still consider those additional flashes as emergency replacements for when, or if, I get a significant flash failure.

Redundancy has become a necessary attribute to my kit when I'm working in the field. At first, it was there for assurance. Now, it's more like mechanical insurance for when my photo project goes south.

January 16, 2020 Addendum: I had given last rights to the Godox, but left it with the rest of my e-waste so I could re-cycle them all together.  Just for a lark, I installed some fresh batteries (the same test I gave it before pronouncing it dead), and low and behold, it came back to life. It seems that there may be a loose connection between the door contacts and the body itself. For now, I'll need to play with the flash for a while before I am confident enough to take it back into the field. Resurrection was not in the cards for the Lumo Pro, unfortunately.
Posted by Tom Jung Photography at 12:10 PM No comments: Links to this post