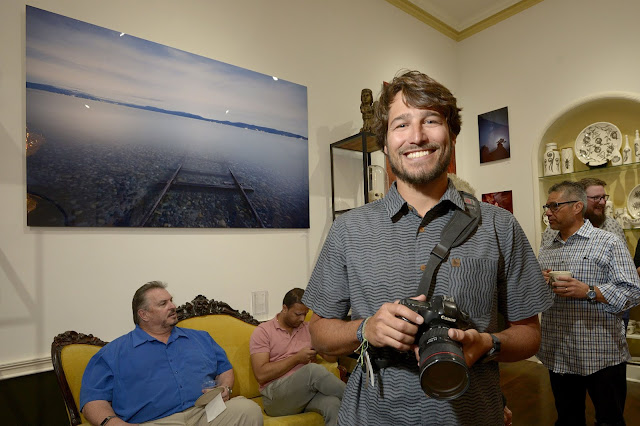 Nick Cahill is a native of San Mateo who just submitted the cover photo for a National Geographic special edition on the heavens, which for the Journal instantly makes him a local hero. He had a showing of his photos at a small local gallery, and I was asked to submit an image for publication. 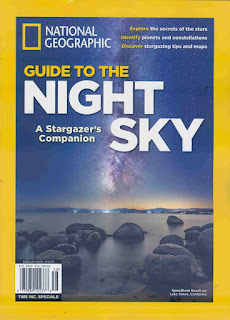 When I arrived at the gallery, I immediately started looking for a suitable background, all the while keeping my eyes and ears pealed for somebody who resembled the Internet photos of Mr. Cahill. I found my background first, a converging pair of walls where some of his photos had been hung. Just to be safe, I checked the ID card by the photo to confirm that these were indeed his. I was hoping for something similar to his NGS cover, or some photos of the nighttime sky, but had to settle, if that's the word, for  his beautiful shoreline photo with a distinctive blue tint. If I could position my subject at the disappearing point created by the converging lines int he background, I could direct the viewer to my subject's face. With both the coloration and the composition clearly in my mind, I was ready to start shooting.

For the sake of simplicity, I decided to stay with a simple Gary  Fong Light Sphere held high and to my left. Instead of triggering the unit with a Nikon SB-29 cable, I decided to use a controller/remote pairing, just in case I needed some fill to help the existing ambient light. With a lighting solution in place, I went about establishing a base line ambient exposure.

Indoor White Balance: When I started, I wrongfully assumed that an incandescent white balance preset would be the ticket. After viewing my first ranging photo, I realized that the lighting in the gallery must have been closer to daylight, as my first test was so blue (left). Changing the setting Cloudy brought everything back into line (right). 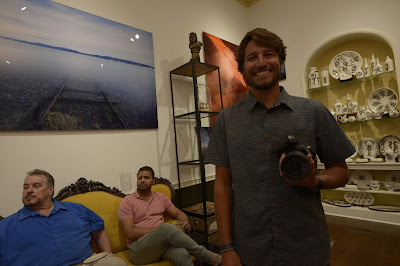 This first shot was made without the benefit of my flash, as I was having some synchronization issues. I does point out that the ambient contributed very little to Nick's overall illumination, which meant that my flash would provide nearly all of the light necessary for a proper exposure.

When I finally solved the exposure problem, I made a series of photos that included some with eye contact and some of Nick speaking to somebody just out of view. I made nearly a dozen shots, each time trying to get the exposure under control, all the while keep up a conversation to hide the fact that something wasn't working to my satisfaction. Finally, I got everything under control, and made the photos I was sure I would ultimately submit.

Check, Check, And Check Again: After a handshake, a farewell, and a wish of good luck, I started to pack up my equipment. However, I was visited by a Ghost of Photos Past, and was reminded of an auto-focusing error that yielded a series of well composed but out-of-focus group images. Seeing that  my images weren't as sharp as I would have liked, I requested a quick re-shoot, concentrating only on achieving critically sharp focus. This was done in less than a minute, and satisfied with the results, packed up for good. Granted, my soft focus originals would have been acceptable, but my subject was a photographer who had scored his first major cover and, in short, I was a little intimidated by this young man less than half my age.

Looking back, I'm glad I did the re-shoot, since the soft focus, the only technical flaw in the original photo, had been eliminated. I must admit to becoming too complacent in my focus  verification, and while I had my Hoodman Loupe in my bag, I didn't bother to use it. This should be an object lesson, one that requires a refresher from time to time.