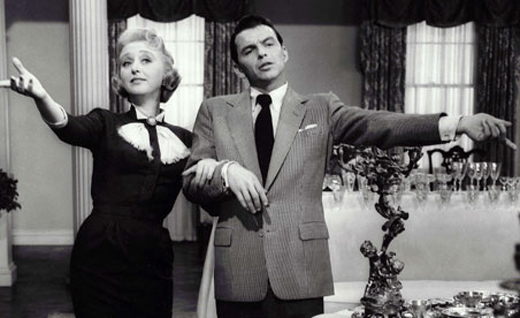 I was sent to bring back a photo from the Menlo Charity Horse Show in Menlo Park. This was the second time I covered the event for the paper, and as in 2010, I had visions of Frank Sinatra (Mike Connor) and Celeste Holm (Liz Imbrie, photographer for Spy Magazine) in the movie High Society running through my head. Me, rubbing elbows with the “swells”. As always, I was over equipped and under dressed, as I like to say. 3 speed lights, 3 lenses, 2 bodies, spare batteries, spare cards, Zumbrella on a monopod, all my usual stuff. You never know when an opportunity to make a Pulitzer Prize winning  photograph might present itself and find me fully equipped and ready for action. Just waiting to produce gorgeous lighting on a  moment's notice. 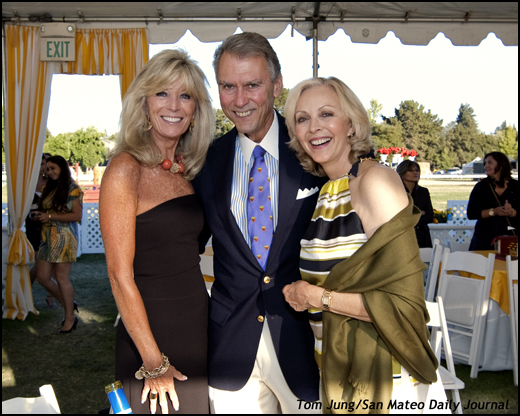 (This photo, taken at the same event in August of 2010, was one of my early Journal photos. I realize now that this photo "missed" in a number of ways. For instance, the sunlight at the lower edge of the photo is distracting, along the the splayed fingers on the camera-left subject. But I was proud that I thought the have the rightmost subject bend her arm to hold her shawl to tighten up the composition. The biggest shortcoming is the lack of overall context, something that would take me many assignments to understand.)

Now out of the corner of my eye I saw another photographer. She was a stylishly dressed twenty-something who could easily pass for the daughter or niece of any of the Diamond Level donors. She carried only a Canon DSLR with a flash (Canon people call them flashes, Nikon people call them speed lights) equipped with a Gary Fong Light Sphere. She was one of the Photo Associates working for Drew. a well-known photographer who works the social scene in the San Francisco bay area. While the peninsula may have other photographers working similar social events, Drew and his crew are the “go to” folks in the City.

I did notice one thing: she was incredibly smooth. She could establish rapport with her subjects in just a few moments with her disarming smile and cheerful demeanor. It was obvious that her subjects knew why she was there, and they were confident that the festivities wouldn’t be interrupted for more than a few moments. She did some minimal adjustments to her subjects, smiled, and made several photos in quick succession. Then she moved on to the other guests, photographing them with equal aplomb. 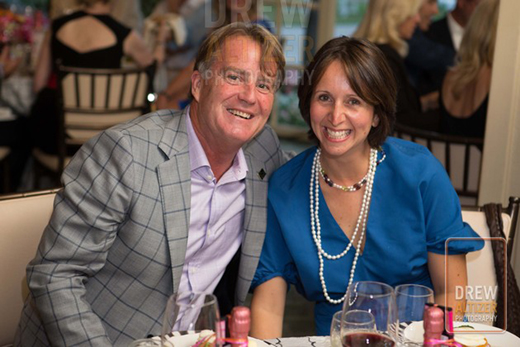 This is one of her photos taken directly from Drew's web site. It's a wonderful photo of two guests at the event, but like my first attempt, doesn't give many clues as to where the photo was taken. It is an event photo and not an editorial photo, although I am sure that this couple would love to have a copy on a desk or nightstand somewhere in their home.

The Business End: This started me thinking about every photographer’s relationship with the craft. Each of us brings several important attributes to the assignment.  Our technical competency (focus, composition, and exposure) will affect the image's clarity, our communication skills (guiding subject expression, positioning) will affect its appeal, and our organizational skills the speed of delivery of the final product. This young photographer was clearly adept at putting people at ease, making a very satisfactory photo, and moving on. I’m sure she would go on to photograph dozens, maybe hundreds of guests and all the while with a smile on her face that would have easily gone from sincere to contrived, were it my face behind the camera. Her total take was over 1,000 images, posted to the site and available for sale, a testament to Drew's organizational skills. If you take a moment to visit Drew's site, you will see that all the prints are available for sale in a variety of sizes, at reasonable prices.

In short, there is much to be said for a photographer who can make pleasing images quickly and efficiently, Granted, the condensed work flow may force the photographer to adopt a standardized photographic approach and rely on a simple, predictable lighting technique. And in retrospect, her simple approach of on-camera lighting would prove less stressful to the subjects and make it easier for the photographer to maintain rapport with her subjects. And last but not least, the process of purchasing a print must be as convenient as possible.

I may need to re-think how I approach similar events. Certainly, I'll want to "push the envelope" of my abilities to light, pose, and engage future subjects, but this encounter was a reminder that my needs cannot interfere with my subject's participation in the event. After all, unless they make an appointment to work with me specifically, the process of making a photograph will always be secondary in my subject's mind, an important consideration my young colleague clearly understood.


P.S. There are usually horses, too. 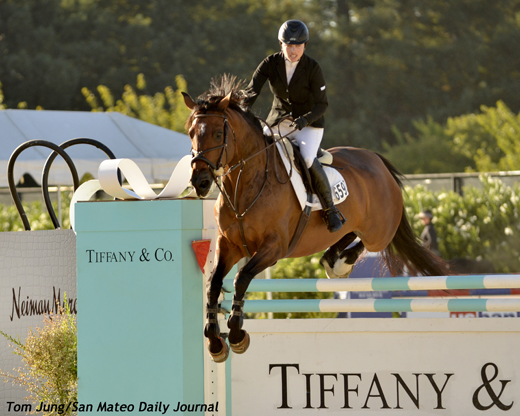