I had heard that there was a low-cost alternative to the Nikon SB-910 being produced under the brand name "Flashpoint" and sold through Adorama, a known and respected dealer that maintains both a brick-and-mortar store in New York and a web presence. It is not unusual for a large store or chain (Think Costco) to maintain it store brand (Think Kirkland) of items made by independent companies who may sell their products to a variety of retailers under a customized brand name. I don't doubt that these flashes will be sold by other stores under other names in other countries. So goes the global economy.

This reminds me of Japan's entry into the consumer market in the years following WWII. In an effort to introduce Japanese products into a competitive American marketplace, importers and manufactures would often become the distribution agents, providing an American firm to deal with the sales, distribution, and local customer support. Three major importers stand out in my memory: Honeywell, which imported the Asahi Pentax line of cameras, Ehrenreich Photo Optical, which imported Nikon, and Bell & Howell, which imported Canon.

In an almost simultaneous and proactive move by Japanese manufactures, the Japan Camera Inspection Institute (JCII) was created. From their own website: 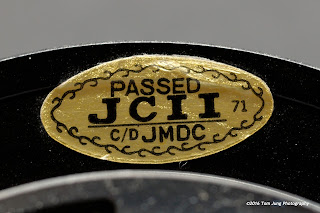 Japan Camera Industry Institute was founded in 1954 as the Japan Camera Inspection Institute. Since then, for the past 35 years, we have provided various services including export inspection and examinations and researches on camera, while contributing to the quality improvement of camera as well as playing a role in facilitating the international interaction for the camera industry.

Soon, the JCII sticker on a camera, lens,or accessory, was assurance that the product had been inspected, tested, and met Japanese standards for quality.

Strobist creator David Hobby addressed this in this post, and it bears repeating: The current Chinese marketing model for exports has no such standardization on quality or design, let alone a respect for patent infringements and violations of intellectual property rights. Still, it is nice that Adorama has stepped up to the plate on this one, as did Midwest Photo Exchange and its LumoPro LP180 flash and its 2-year international warranty.

This brings us to Adorama's Flashpoint Zoom Li-on line of flashes. There are basically two variations: There are the dedicated iTTL / eTTL versiosn for Nikon and Canon (respectively) exposure automation, and a manual version that allows for wireless triggering and wireless output control on any platform (My Fujis, for instance). My interest was two-fold: First, it may prove an economical alternative to the Nikon SB-910 for interested students. Second, it might be an incredibly convenient accessory to cameras whose iTTL controls are found wanting, such as the Fuji. Sure, it still requires some guestimation and doesn't offer the run-and-gun photographer a lot of exposure help, but it is a start, and surely the most convenient answer to manual control over distance, and sometimes hidden flash placement.

The unit gets its name from the rechargeable Lithium Ion battery. It eschews the normal quad-cluster of AA batteries using a proprietary rechargeable battery instead. Initial reports of long battery life from supposedly objective uses are consistent, meaning that this unit could possibly replace my SD-8a Battery Packs. That's a big "We shall see", but it was so worth exploring that I ordered two: One manual and one Nikon compatible.

Until they arrive, that's about all I can say about my new acquisitions. More to follow.