Congratulations to Bill and Dee Dee! I was a man with a mission at my friends' 50th Wedding Anniversary celebration, and it was to make a suitable family photograph of the immediate and extended families. It took about six tries to get this photo, which was about the limit of the collective attentions spans. After all, their dinners were waiting.

Here are some tips for those who must photograph groups: 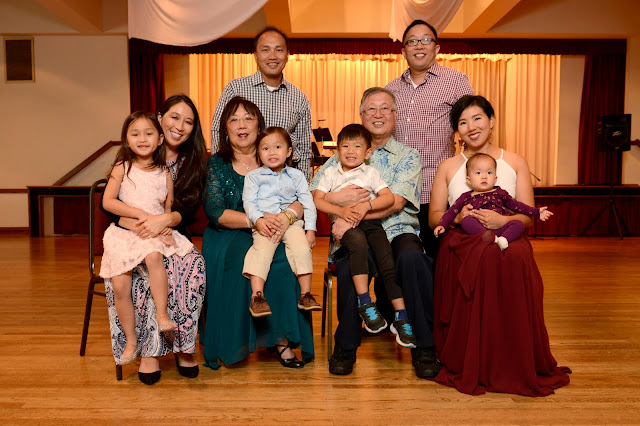 Immediate Family: Just after I thanked everybody for their patience, Bill asked if I'd make a shot with just his immediate family, which I was glad to do. Since they were already in place, it was easy. 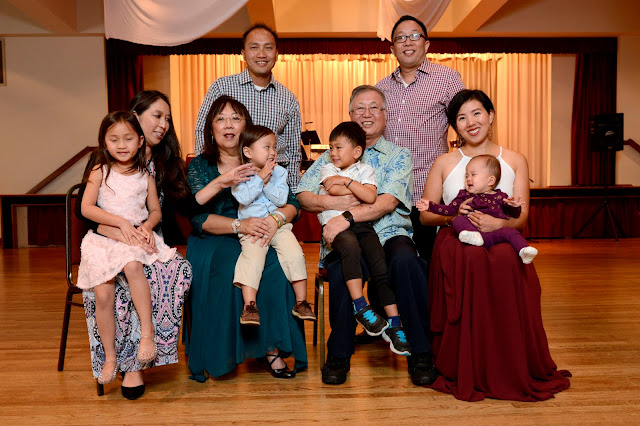 Kids Being Kids: If I didn't already have my best shot "on the card", I would have cried if this was the best shot of the session. Since I had my keeper, I included this photo, which in my opinion is great shot of "kids being kids". 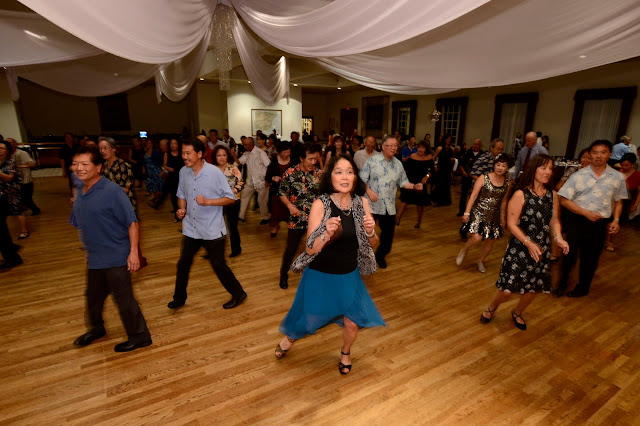 Did I Mention Dancing? Bill and Dee Dee are ballroom dancing instructors, and unsurprisingly, nearly all of their friends and dancers, too. When the music started, I photographed a number of couples in action. For this wide shot, I used ceiling bounce with the built in fill card. This gave me much more event "front to back" illumination, although it will require nearly full-power output from your speedlight for every shot. I actually overheated one of my SB-800s, forcing me to swap speedlights mid-session so that it could cool off. The technique worked well for wider shots. 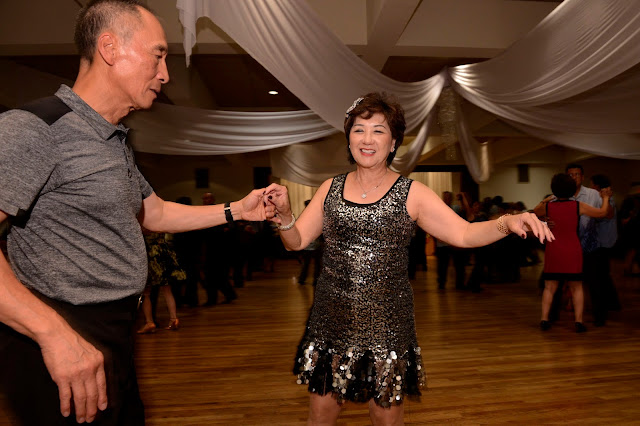 When working at shorter distances, I stayed with the Gary Fong Light Sphere. It's flatter lighting, but more complimentary for nearly all faces due to its "size" and proximity to the lens axis. It wastes a lot of light in large venues like this, but it slam-dunk easy easy to use, and the results are almost always good, so long as you stay relatively close to your subject. One point I'd like to make in favor of the Cloud Dome - It's coverage is VERY wide, so you're less likely to have a falloff of light on the left and right edges.

I had a great time making these photos, and know that Bill and Dee Dee will be pleased with the family shot. As for the dancing, those were mostly for me.
Posted by Tom Jung Photography at 12:10 PM No comments: Links to this post